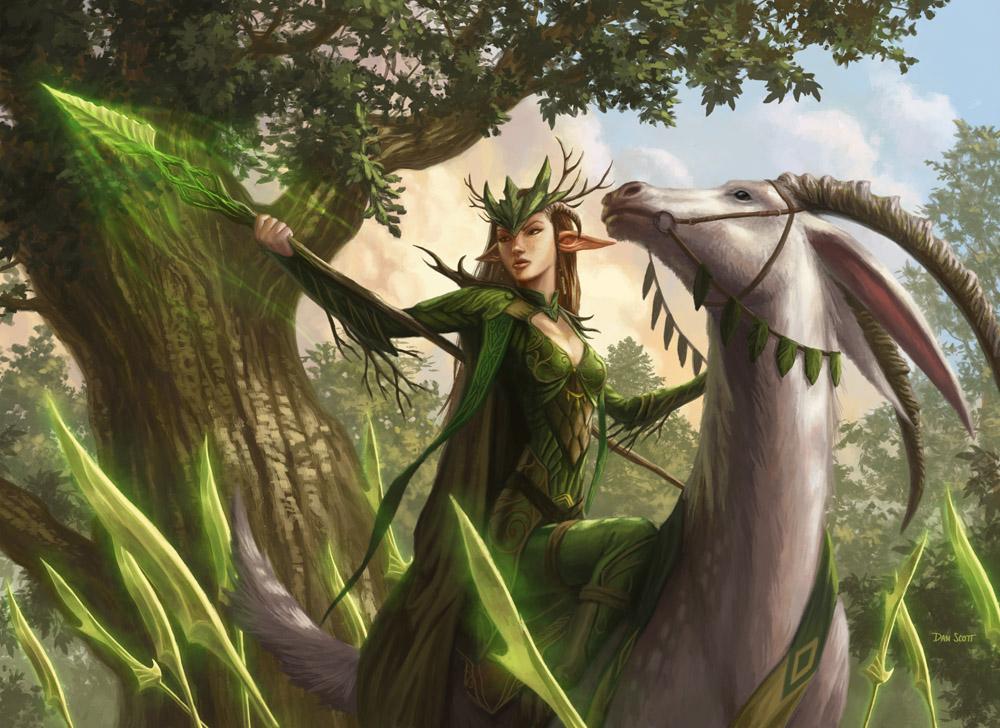 Today we’re going to be discussing one of my favorite Magic Duels decks, BG Elves. While the Duels meta has shifted away from this archetype I still like to mainly use it for grinding gold when I tire of my red aggro deck. I’ve felt particularly inclined to build this deck as I also played Atarka Elves in Standard and I also pilot Elves in Modern as well. If you haven’t noticed, Elves is probably my favorite tribe in Magic, followed very closely by Slivers.
Like most Elf decks, the goal is to swarm the board and hit hard. The only Elf Lord we have access to is Dwynen, Gilt-Leaf Daen and Dwynen allows us life gain if we swing with her. The real winner of this deck I feel is Shaman of the Pack (as long as it doesn’t get countered). That card just wins games for you. Another good card I’ve found myself that has saved me multiple times has been Jagged-Scar Archers. Especially if you’re able to swarm your board that card is a powerhouse.

While the deck is missing some key pieces that makes the deck closer to it’s Standard and Modern counterparts, it can still be viable while grinding for gold or even 1v1. Will it get you to the top of the ladder? Most likely not. It’s still a fun deck though and something worth trying out.

If you’d like to see it in action in one quick game against the AI, please check out my video below I have listed. My next deck showcase may be UR Thopters or Ramp. Stay tuned though!