Published February 4, 2016 by Magic With Zuby 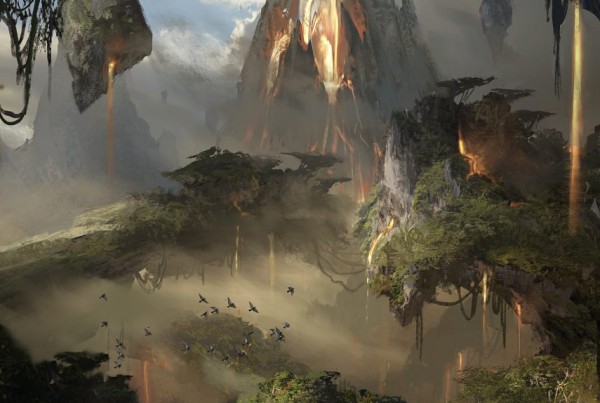 One of the first decks I built for BFZ standard came pretty easily to me after seeing all the landfall creature cards. I immediately knew aggro would be the best shell for this type of deck and since then I have won a few FNM’s with this deck. It has changed slightly since it’s first iteration but has relatively stayed the same for the most part. With OGW out, I haven’t touched the deck since but the one addition I would try out would be Reckless Bushwacker. Not sure what I would take out for it, maybe Makindi Sliderunner?

With it’s ability to have 2 fetches out on the field and 2-3 landfall creatures on the board and you decide to let’s say, crack both those fetches and then play an Atarka’s Command and choosing to deal 3 damage to your opponent and play another land which is a fetch and crack that fetch. Let’s just say, that’s a lot of potential damage on the field. I’ve had many a game where that exact scenario played out.

Listed below was my first iteration with the deck. Let’s take a look together shall we?

I went heavy with the landfall creatures because well, it’s landfall! Looking over the creatures, having 2 creatures at 4 CMC possibly 3 CMC with dash wasn’t the best idea. I was going with the idea that Heelcutter will help in the long run with it’s ability to stop a creature from blocking so I can pump a creature up. Swell of Growth also turned out to be too slow in the long run and Atarka’s Command gave us the same ability to play an extra land anyway.

So what did I learn with this deck? It needed to be tighter and faster. I did manage to Top 4 a couple times with the deck at FNM but could never get past the final round. The sideboard was a mess as the meta was still really unsure at the time.

The next variation of Landfall borrowed heavily from Atarka Red but with less landfall creatures and no creature above 3 CMC. As you can see below:

I removed any and all removal in the mainboard as I was treating this like a straight burn and wanted to win as quickly as possible. Only putting in removal in sideboard. I had a lot of good luck with Sarkhan. Even though it being a 5 drop, sometimes if the game went on that long and it was a mirror matchup or another aggro deck, this coming out of no where surprised people and it would give me that extra boost for the win.

This variation of the deck won me a few FNM’s and consistently placed me in Top 4. The tightness of it and it could be forgiving even if I got land flooded as long as I had some landfall creatures out. The amount of fetches it plays helps with thinning the deck and paying for delve for Become Immense as well. Overall I was pretty happy with the deck.

Right now the deck is retired as I’ve moved on to Mono Green Ramp and UR Prowess but I would definitely consider taking this to a Comp REL event. It can definitely hold it’s own and do well.